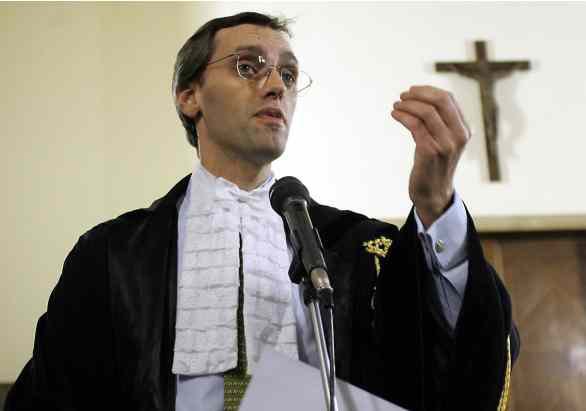 When we die we all become ‘Good souls; lawyers and… (I hope) private investigators included.

When we die we all become ‘Good souls’; lawyers and… (I hope) private investigators included. However, this is not the case for that dearly departed lawyer Niccolò Ghedini and this dishonors the rabid anti-Berlusconi left and a good part of the judiciary.

Even in death, the great Lawyer Ghedini is accused of having defended Silvio Berlusconi like a lion, using the formality of the Criminal Process, which we of the vulgar crowd know as ‘the quibbles’. Those who accuse Lawyer Ghedini of being a quibbler forget that in the Criminal Process the FORMALITY is SUBSTANCE, because the procedural rite, i.e. the formal execution of the Process, is designed to avoid miscarriages of justice and injustice as far as humanly possible. If even I (that I am a simple private investigator and owner of the Octopus Detective Agency, qualified since 1993 for defensive criminal investigations) understand this concept, how is it possible that a magistrate or a lawyer (albeit a left-wing one) does not? In my opinion there is bad faith. Or ignorance and I don’t know what to be more afraid of.

Returning to the accusation levelled at the Good Soul Lawyer Ghedini of ‘sticking’ to anything in Silvio Berlusconi’s past defenses: as a private investigator authorized to carry out defensive criminal investigations in the interest of my Octopus Italiana detective agency‘s clients, I regularly witness Public Prosecutors who have infinitely less knowledge of the law than the Good Soul Lawyer, but show the same tenacity. Tenacity that turns into blind doggedness when it is not mediated by sufficient juridical culture and intelligence.

I have seen clients of my Octopus Detective Agency undergo searches for specific offences such as murder and have valuable paintings confiscated from the walls of their homes, which, according to the prosecutor, were of dubious provenance. Only to discover, after further futile legal proceedings for receiving stolen goods, that the paintings had been duly inherited.

In my career as a private investigator authorized to conduct criminal defense investigations, I have seen defense lawyers having to go through all three levels of trial for witness subornation before being definitively exonerated, just for daring to have an informal interview with the prosecution’s key witness and having pointed out his blatant unreliability.

I have even seen lawyers enter the magistrates ‘blacklist’ because they refused to have belatedly admitted some evidence against their client that the prosecutor had forgotten to file.

In the face of such an obvious imbalance between the Prosecution and the Defence and in the absence of the longed-for reform of Justice, the legal intelligence of Mr Ghedini and many other lawyers still alive is the only brake on the over-power of the Prosecution.