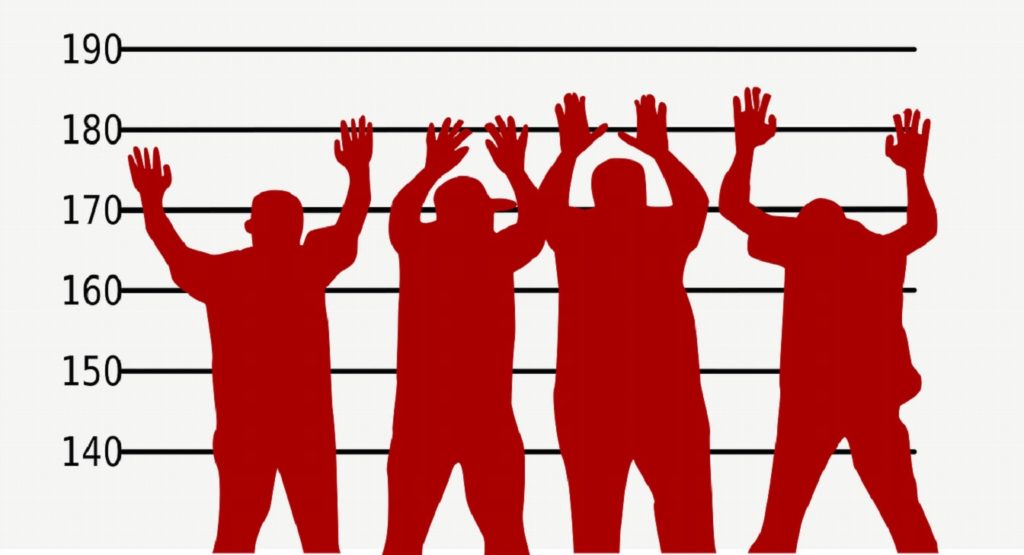 An Italian Private Detective Agency, if conducting the international investigations, confronts with policemen from abroad who are capable of violence which is unimaginable amongst our Carabinieri.

My friend (my ex-colleague detective, as well as an ex-collaborator of my Italian Investigation Agency who then joined the Carabinieri) told me a while ago that he had arrested a criminal, who was undoubtedly in a strange state. The man first tried to beat him and then his colleague, finally handcuffed and put in a position to do no harm, continued to spit on the two Carabinieri, so my friend wrapped a blanket over his head, taping it well.

The delinquent was subjected to an involuntary treatment and, once arrived in hospital, a good and ingenuous psychiatrist heavily apostrophized the two agents, accusing them of an inhuman behavior and threatening to report them. Furthermore she loudly demanded that the delinquent be freed of his “shell.” The ex-collaborator of my Italian Investigation Agency managed to “unpack it” and the psychiatrist was hit by a copious spit, which convinced her to immediately repackage the delinquent, asking for a double knot to seal the problem well.

As a result of the murder of poor Mario Cercello Rega I see do-gooders and ingenuous ones springing up from all sides, who do not know what it means to have to deal with subjects of blind and senseless violence every day. All of these do-gooders pretend to be contrite for the death of poor Cercello, but they do not do anything whatsoever in order to avoid other incidents unless they are involved in them in person. Nobody, not even at the top of the Army as a matter of façade (I hope that the disciplinary measures will be of façade too), has come up with an idea of justification of the Carabinieri who had the clever idea of using the blindfold, probably in absence of the CCTV or for the need to keep an eye on the arrested person, making him as helpless as possible. Since a criminal like Finnegan Lee Elder, knowing what he showed that is capable of doing, could spot a weapon of the soldiers at hand and attack it, making a massacre of other Carabinieri.

Now the Americans, remembering Amanda Knox, show what does it mean to be a part of the same Nation. While we, discussing hot air, will let the monster that killed our Carabiniere slip out of our hands. Please keep in mind, I am not an ingenuous do-gooder: I know and I dealt with Italian exponents of the police forces worse than the worst criminals. But my Italian Investigation Agency has conducted many investigations abroad and I know how violent can the policemen from the so called “civilized countries” be (meaning e.g. the United States). I have written in 2010 in my ‘Manuale per il rintraccio delle persone scomparse’ (“Manual for tracking down missing persons”) and I confirm it now: “The Private Investigator Italy is disliked by almost all the policemen in the world, however most of the foreign ones are so brutal and mean to make us miss our Italian policemen and Carabinieri. When you are arrested abroad, follow the orders and be collaborative: a simple protest authorizes the agents to incriminate you or gives them an excuse for beating you up. Earn some time by pretending not to understand the local language or by simulating some disease.”

Let’s show a little national pride and plant it with polemical controversies, reveries about our past or lynching executions, trying to do justice to poor Mario and honor the Carabinieri.