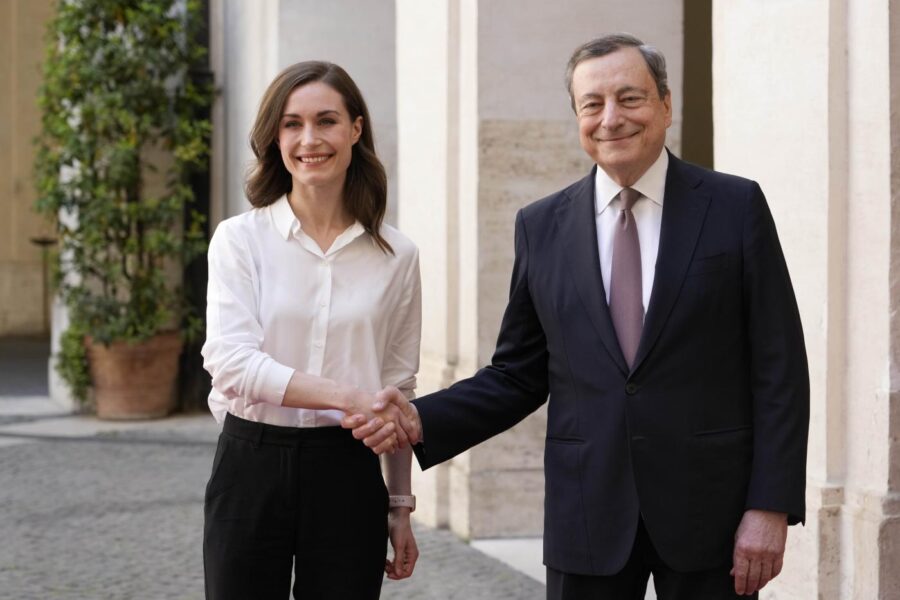 The Finns don’t know how lucky they are to only have to put up with the non-scandal of their premier dancer Sanna Marin.

In one of his recent public speeches, Mario Draghi let us know that he had discovered hot water: the Italians will make it regardless of which politicians come into government after the next elections. This has been the case since the fall of the Roman Empire. Moreover, the Belgians have recently demonstrated that one can live very well without a government. After all, if one sees a good day in the morning, judging by the political campaigns of both sides, one can only despair: first Filippo Ferlazzo killed Alika Ogorchukwu in the street in Civitanova Marche and the left party, led by Enrico Letta, took the opportunity to cry hate, blaming the right, in bad faith, and knowing that it was a psychiatric murder.

Then an African asylum seeker raped a poor Ukrainian refugee woman. And the right, led by Giorgia Meloni, blamed the left’s bleeding heart and fake acceptance; omitting that in every community of any ethnicity there lurks some rotten apples. It is only luck to be able to remove them from the basket before they do any damage.

Both sides of the political spectrum demonstrate daily that they only care about themselves; recently a client of my Octopus Italian detective agency also turned to politics to find a shield from a serious injustice he underwent and he was told: ‘after the elections, we are too busy now’ (to stay firmly in an armchair, I say).

After all, when the great crisis hit in 2011, we had already witnessed the selling out of the most fragile Italians to gambling by our politicians who were totally tamed by corruption to allow the mindless proliferation of gambling halls. Never before have my Italian detective agency Octopus and many of my private investigator colleagues had to deal with so many cases of gambling addiction, the cause of tragic separations and self-destructive behaviour.

More recently, in the midst of the covid-19 pandemic, we saw our politicians rejoicing at the arrival of European aid. Many of us Italian citizens rejoiced with them, thinking it was to support us, not to resume the round of bribes and related shenanigans. Given the precedents, do any of you seriously think that our policy will brilliantly solve the high bills that are hitting Italians? Personally, I am convinced that we will save ourselves (as Draghi says) with our proverbial ability to survive in spite of politicians and bureaucrats.

Some people accuse me of excessive pessimism, but I challenge them to remain optimistic after a 42-year career as an Italian private investigator, owner of the Octopus detective agency, often forced by work to investigate the corruption of our politicians. Let’s not forget that Manipulite started in Milan because of Mario Chiesa’s separation from his wife (not to mention the fact that the Italian tax authorities recently demanded two million in taxes from Chiesa on the basis of his alleged bribe ring, as if it were billed).