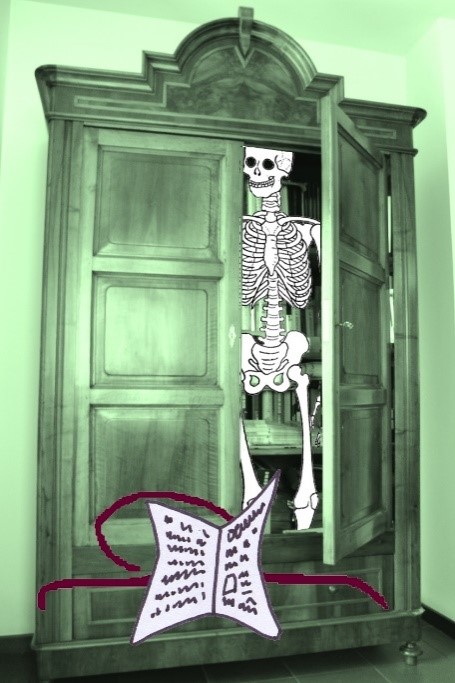 When the detectives of my Italian Investigation Agency investigate a case of suspected matrimonial infidelity, they often discover so degenerated adulteries as to make a pornographer turn pale. The higher is the social class of the people being watched by the Private Investigator Italy, and the richer and the more powerful they are, the more free of inhibitions their evil behaviors are. It seems like their power and wealth instill them also a sense of omnipotence and impunity.

Almost all human beings (more males than females, but the latter ones are quickly narrowing the gap) are constantly slaves of the sex: in their youth they practice it sparsely and recklessly, letting it affect their lives. As an elderly person, they are now so addicted to it that, instead of accepting the peace of senses as a gift, they stuff themselves with Viagra or other concoctions. Not in order to continue to satisfy their affectionate spouse or a young lover (which would all in all make some sense), but in order to visit brothels and take part in erotic feasts.

Periodically, my Italian Private Detective Agency deals with the recovery of compromising videos, in order to stop extortion perpetrated against its clients. And with some of them it happened more than once. Alternatively, the Italian Private Investigator is hired by clients who discover that they are married to serial adulterers, who, in addition to committing adultery, collect images as if they were trophies.

Many people involved in prostitution, in order to improve the business, publish the videos of their meetings with their clients, asking for their permission and hiding the faces; but not always, as the miniaturized cameras, easily accessible on the market, can shoot the embraces without asking. Then go ahead and try to sue a prostitute for the privacy violation…

Once a client turned to my Italian Investigation Agency because her husband kept on his smart phone the video of his meeting with a prostitute; the man’s face was hidden, but some other detail made him recognizable nevertheless. And the main character of this “pornographic masterpiece” was so proud of this magnum opus that he kept it as a souvenir.

These promiscuous behaviors have always embarrassed and made vulnerable to blackmail even the powerful, whom you would expect to be more prudent and wiser. In the past it was not that easy to film a compromising video; it was necessary to attract the victim to a room set up for this purpose and to have an accomplice who would film it through the one-way mirror or would make other ingenious expedients. Nowadays, for the joy of the Peeping Toms and blackmailers, it all became way easier to obtain the robbed images thanks to the miniaturized electronics.

The surprising thing in these situations is not so much the behavior itself, as the lack of awareness of some politicians, magistrates and senior managers, who should prevent and resolve the problems (also those of others) instead of creating and getting overwhelmed by them.

The U.S.A. scandal erupted on Jeffrey Epstein which also hit Bill Clinton and the excellent journalistic investigation of Le Iene Antonio Monteleone and Marco Occhipinti on the poor David Rossi, the head of communication of the Monte dei Paschi di Siena bank, who died as a result of a suicide which took place in very suspicious circumstances, have confirmed that it is not a story of innocent weaknesses, but of a large scale corruption, which arrives and deeply corrodes the social fabric and justice system.