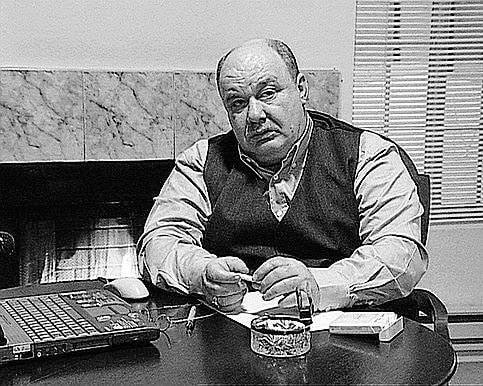 In my humble experience, as the owner of the Octopus Detective Agency, the mafia criminal is a predator and predators, however strong, are basically mere opportunists.

I have to say that I have never liked Roberto Saviano. He owes his initial success to the fact that he wrote uncomfortable truths about the Neapolitan camorra and since then he sees organized crime everywhere, tending to give mobster organizations more importance than they have. Even on the conflict between Russia and Ukraine, the good Saviano, as a guest of Fabio Fazio’s ‘Che tempo che fa’ TV show, argued that the delicate balance between the Russian and Ukrainian mafias was a contributory cause of the war.

Indeed, the Russian mafia and the Ukrainian mafia are particularly ferocious, as all mafias are when they are still poor. Let us not forget that our own mafias, before trafficking drugs by the ton and infiltrating high finance, kidnapped and murdered on an industrial scale. And it is enough that these organizations feel threatened to go back to a violence so brutal that it can only be compared to that of the great powers. But I do not believe in the fairy tale that organized crime can influence major international historical events, if anything it can support them, as happened during the American landing in Sicily in the course of the last great war. In my modest experience, as owner of the Octopus detective agency, the criminal mobster is a predator and predators, however strong, are mere opportunists, while only the crazy and the fearless people are able to write, for better or for worse, history.

As the owner of my Octopus detective agency, I got to know the Ukrainian mob mainly on two occasions: when I recovered vehicles stolen in Europe and resold them in Ukraine as if they were fresh from the dealer with total disregard for the Ukrainian and, even more disappointingly, the European authorities. Or when I had to free girls, enslaved and forced into prostitution, on behalf of clients of my Octopus detective agency who had fallen in love with them. These are gangsters who, however high up the criminal food chain they climb, remain bloodthirsty sociopaths and need politics to make the real breakthrough in the worst sense of the word. So, it is not the mafias that determine wars but our incompetent and corrupt rulers.

As usual, our so-called Europe (which exists only economically and not politically, and even the little politics is of the lowest order) is fighting a war “by correspondence”, worrying only about international markets, which means offering the side of the mafias that on the Russian-Ukrainian war have no influence, whatever Saviano says, but will certainly be able to speculate on the misfortunes of the Ukrainian people.