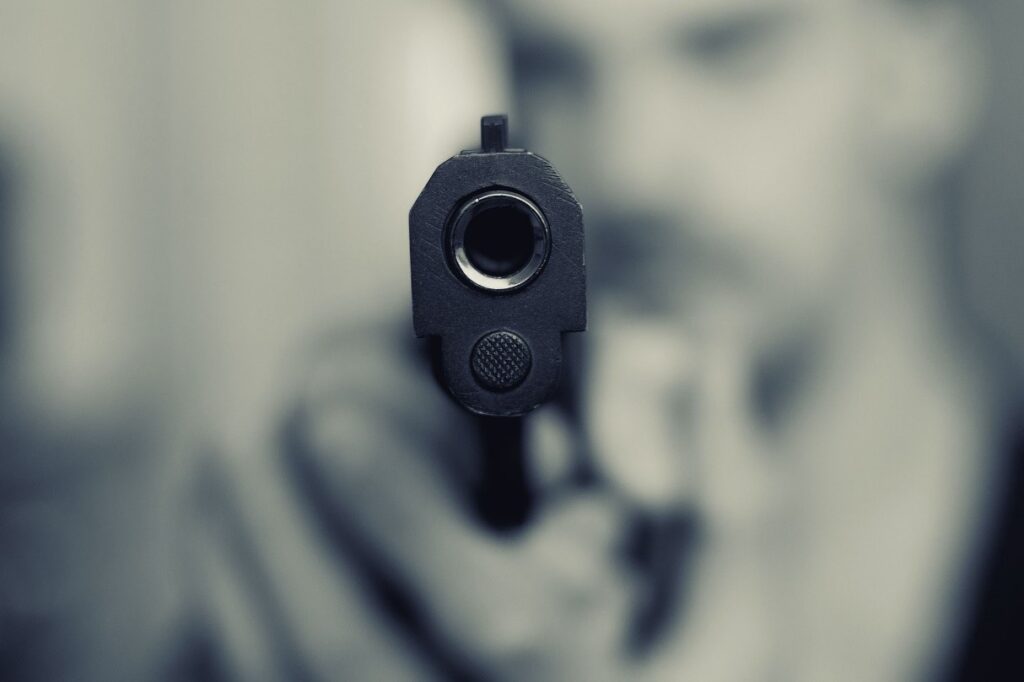 In Italy there is a tendency to criminalize the self-defense a priori. It does not matter if it is exerted by the law enforcement forces, security guards, collaborators of the Italian Private Detective Agency or private citizens.

Taking care in my Italian Private Detective Agency of high-risk investigations and sometimes finding myself in difficult situations, I can say that it is not easy to always make the right decisions under pressure, while it is far too simple-minded criticize with the benefit of hindsight. Therefore, we see how much nonsense, after a failed robbery, served us journalists, “keyboard lions”, weapons specialists (and yet however pacifists) and even the father of the dead robber (whom, as a journalist, I would ignore for the professional dignity reasons).

A carabiniere and his girlfriend are returning home late at night and they are in Naples in Via Generale Orsini – Santa Lucia zone. A Rolex watch on the wrist of the carabiniere gets noticed by two robbers, one of them is Ugo Russo (with pockets fool of the loot from another assault, which went well for him, unfortunately).

Here more than one “expert” criticized the carabiniere for having led the local criminality into temptation with his watch. It seems to me a similar criticism, for its idiocy and meanness, to comments saying that a woman was calling for a rape, dressing up sexy (in some cases, which were investigated by my Italian Investigation Agency in the past, this disgraceful criticism actually rose to a defensive strategy).

The success of a robbery is essentially based on the terror that the robber manages to cause in the robbed and Ugo Russo, an experienced criminalist, knows it very well; thus, he is roaring all his anger and is threatening his victims with death, brandishing a firearm.

The second miserable criticism consists in telling out of turn that the carabiniere should have recognized the fake weapon and understood that he could not have fired.

I have a passion for guns a lot longer than I own the Italian Private Detective Agency, I have read thousands of specialist magazines, I have visited polygons for 40 years, I have shot with tens of different firearms, nevertheless: up to mid-90’s, I was able to recognize a pistol by a simple detail. But then, the productions of the real weapons became so vast (just like this of the fake guns), that I challenge everybody to guess if they are robbed using a real or a fake firearm.

The third naive observation regards the age of the deceased. Because of the ever earlier criminality in every part of the world, many states had to lower the age of the teenagers judgeable as adults and we expect from our carabiniere that he would be able to recognize a tender age of his robber and to have a special attention for him, despite knowing that Naples is the Italian capital of homicides and robberies committed by minors?

The fourth pathetic comment concerns the fact that the great Milite shot twice and he did not limit himself to just a single shot. Certainly, the carabiniere was taught to repeat the shot in a military style, for specific reason of self-defense (I also always train the detectives of my Italian Investigation Agency to shoot twice), hence Milite simply acted on instinct.

Furthermore, when you shoot from such a short distance, there is a certain rush to neutralize the danger, because even the worst shooter could get one shot and just one is enough to kill you, therefore there is a tendency to empty the clip; the good carabiniere showed cold blood, shooting just two times. Unfortunately for the great Milite, it took place in a country where instead of honoring our heroes, we are listening to the voices of non-reason of the delinquents.