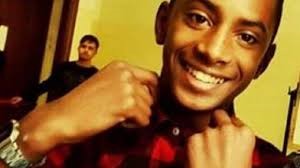 Martial arts bring out the real nature of those who practice them and Willy Monteiro have proved himself to be a “knight in shining armor”.

Once the murder of Willy Monteiro happened in Colleferro, some interviews were sent on air in which the white brothers’ training mates and also the owner of their favorite gym swear that the killers were good guys. By observing the interviewees talking, it wasn’t necessary to be private detective used to recognize liars to understand that they were lying, there’s nothing better than martial arts and private investigations to bring out the real nature of people. And the White brothers demonstrate their terrible characters.

When I have to recruit strong and trained in combat staff for my detective agency Octopus, I turn to my two or three friends, owners of gyms or martial arts teachers, who can tell me with extreme precision the nature of the detective I’m going to recruit. Being robust and well trained is not enough to became champions in life and in martial arts: many wannabe collaborators of the investigation agency are discarded because too insecure or unfair or violent.

A detective that works for my investigation agency Octopus, specialized in the security of my under-cover detectives and in the personal protection in general, is used to say to not start a fight if you don’t know how it is going to end, and since you’ll never know how a fight will end it’s better never starting it. For sure it’s easy for him to decide with his 130 kilos of muscles, but he isn’t wrong about the unpredictability of fights and beatings. The way things have been going, the heroic Willy Monteiro was forced to deal with the fight because of his kindness and all the spiritual skills that martial arts bring out from its healthy trainee, so that he received from the boxer Christopher Gringo Mondongo of “Federazione Pugilistica Italiana” the recognition of “Champion of life”. While the white brothers, charged with Willy’s death, in the best hypothesis are three cowards that wanted to search in vain a way to compensate their insecurities and their frustrated desire of power in martial arts.

Worse than the white brothers there is only the anonymous crowd of people that still now is extending the beatings with political manipulations. These people have the same foolishness and coward cruelty of the White brothers, what’s missing are their muscles. The “scrappies” with no muscles and no brain have been corrupting humanity since the beginning of time: These are the ones that have been crowding squares around gallows during executions, insulting the convicted without even knowing who he was. These are the ones that have been causing innocents lynching with yelled catchphrase and protected by the anonymity of the crowd. The ones that have been always triggering wars and hunting trips on the basis of useless reasons, exactly the same trivial reasons which the white brothers are charged with.