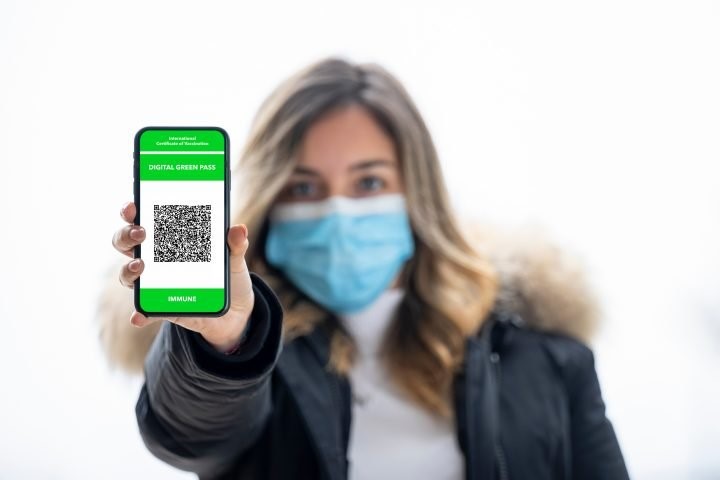 Masks or green pass: that is the question

When, on June 28th, we were released from the obligation of wearing the masks outdoor, I didn’t share the enthusiasm of the people. A little because the discretion of outdoor masks was already widely used by many of us: in open spaces and with no other people around, who didn’t lower their mask to breathe better? Maybe only asphyxiaphyliac people. Moreover, it must be said that, despite centuries of medical and scientific progress, the mask is the only safe and drawback-free protection against the virus. We could say that the mask is like a bullet-proof jacket: uncomfortable but effective.

As the owner of the detective agency Octopus, I can say that the exemption of the mask led to the only perk of being able to better recognize people: I can’t tell you how many difficulties we private detectives encountered in recognizing our surveilled suspects in these days and especially in making them visible during the photo shooting.

Now that we’re free from the constraint of the mask (so to say), they are forcing the obligation of the green pass. This last choice will make the masks a symbol of freedom. To be clear: I don’t think there are international conspiracies trying to manipulate the masses, since the introduction of internet they manipulate themselves enough; rather, knowing my people, especially the Italians, I know for sure that the green pass policy will be transformed into a hellish rack of bad-bureaucracy (if there were any good ones) and in an improper handling of personal data. Don’t forget the ineffectiveness of the INPS website during the payment of bonuses and what happened to all the anti-covid tracing apps in Italy.

Speaking of the mala gestio of sensitive data, remember the early days of the current “Sdi”, when I was a young collaborator of an investigative agency base in Milan, a hacker managed to crack in the Ministry of Interior’s website selling low-cost criminal records to anyone.

As the owner of a detective agency that is dealing with defensive penal inquires, I can only glimpse a possible benefit of the green pass: imagine, as a private penal detective, to have to confirm the alibi of a suspect that spent a whole night alone in a bar…

To comfort who considers the green pass an illicit tracing of their private lives, I must tell you that you are already enough monitored right now, without green pass. Recently some young detectives of my investigative agency Octopus managed to “tail” some of our suspects remaining comfortably sit in front of the computer, and all that in a legal way.